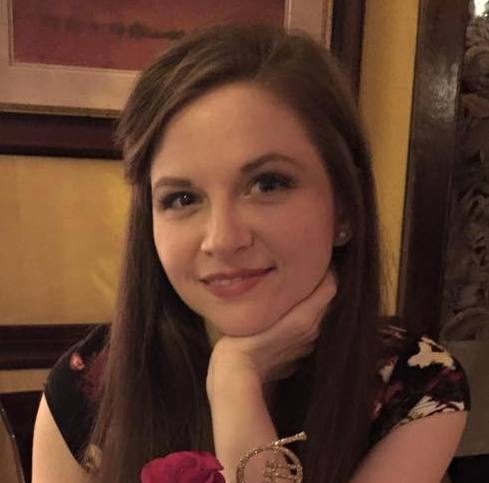 Sarah Baylus is the lead writer at Larian Studios, developers of the role-playing games Divinity: Original Sin (2014) and Divinity: Original Sin 2 (2017), hailed as modern classics in their genre. The titles have won over 160 awards such as GameSpot‘s PC Game of the Year (2014), PC Gamer‘s Game of the Year (2017), and a 2017 BAFTA for Best Multiplayer. Larian Studios is the biggest Belgian game developer with offices in Belgium (Ghent), Russia, Canada and Ireland. Sarah spends most of her time working in Dublin but travels to Ghent on a regular basis.

2. First time you knew you wanted to work in games was…?
Honestly, I never thought I’d have the experience or opportunity to work in games. In my mind, the odds of writing for a game were equal to those of getting paid to publish a novel or having my first story, “Unicorn Princess,” turned into a Hollywood blockbuster– these possibilities seemed too remote even to consider. I guess I didn’t know that I wanted– really, actively wanted– to work in games until it happened.

3. What was your favorite mistake?
Once, I left the office stove burning all night, which is pretty expensive as well as a massive fire hazard. In the morning, the office manager sent out an office-wide email about it and I valiantly admitted it was my bad even though no one would have known to blame me otherwise. I felt pretty smug about that for at least 4 days.

4. What was your favorite success?
As a bashful neophyte, I wrote a character for Divinity: Original Sin that was this kind of over-the-top but (I thought) lovable weirdo. Half of my teammates liked him; the other half thought he should be rewritten. Being brand new in the office, it was hard for me not only to hear criticism from more-experienced designers, but to stand firmly in favor of what I wanted. In the end, the character stayed in and was (thankfully) mentioned fondly and frequently by press and fans.

It was a very minor success, but it was a lesson to me in taking criticism without immediately dissolving into a puddle of apologies and offers of revision.

A friend told me this when I was a kid, and to this day it helps me get through seemingly dire crunch time/ technical issues/ personal stress.

6. Share one thing few know about you.
Sometimes if I write or receive a really well-punctuated email, I’ll read it over and over again like some people read 50 Shades of Gray.

“What’re you doing over there, Sarah?”
“Nothing, just… reviewing this meeting recap… one more time…”

7. What’s one thing or trend you’re most excited about in the industry?
Tiny indie studios expanding the definition of and audience for video games are growing the medium in amazing ways. These creatively unbound folks are doing things never before done, and I find it very exciting.

8. Anything else you want to add?
I took something of a sideways approach regarding entering the industry. I’d wanted to be a writer since early childhood, but sage adult me figured it unwise to bank on stories paying off my student loans. I majored in English in college and became first a tutor, then a member of the publishing team for the tutoring company I worked for. There, I gained experience working with text for print. Next, I began working as a freelance writer, editor, and curriculum developer. I was still working on my own personal writing– mostly short stories, poetry, and essays– but none of these had a home anywhere but on my hard drive.

After a year or so of this, I had the good fortune of meeting a member of the Larian Studios team at a party (one I was very, very close to skipping). He told me that the company was looking for a writer, and when I mentioned that I had some experience, he encouraged me to apply.

At first I didn’t get the job, but I was offered some proofreading work for the studio’s upcoming release, Divinity: Dragon Commander. That went well, so they asked me to write a short creative piece for the game’s manual. That went well again, and in the end they offered me the job.

Moral of the story: Put on those dancin’ shoes! You never know when your dream job is waiting for you at a party full of strangers.